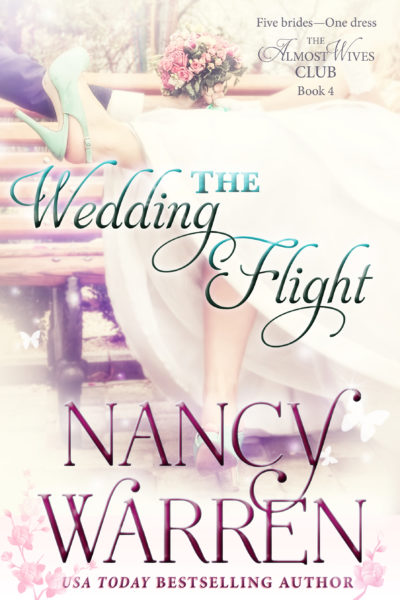 Got the Gown, Need a Groom

On impulse she tries it on and the guy who runs the vintage store tells her she looks beautiful. The gown fits like it was made for her and when she twirls in front of the mirror, she feels like a fairy princess. Not even her Doc Martens ruin the effect.

Dylan West helps his mother and his aunt run their vintage store. It’s not a bad use of his business degree while he works on his Internet start-up. When a pretty young woman comes in to try on the Evangeline wedding gown they’ve scored, he’s amazed to feel jealous of whoever the lucky groom is. Until he discovers there isn’t one.

Now his biggest task is to keep anyone else from buying that dress until he gets to know Meg better. Maybe it’s not only the dress that is a perfect match for Meg.

Things are going perfectly, until the dress mysteriously disappears. Does the theft mean the end of the affair? Or was the dress only playing matchmaker?

Five brides, one (possibly cursed) designer wedding gown. Will any of the brides actually wear the gorgeous gown down the aisle? Follow these five women as they join The Almost Wives Club, a romantic comedy series about finding love in the most unexpected places.

Please note, while this is a series, each of the books can be read separately. Though it's best to start with the first book, The Almost Wives Club: Kate