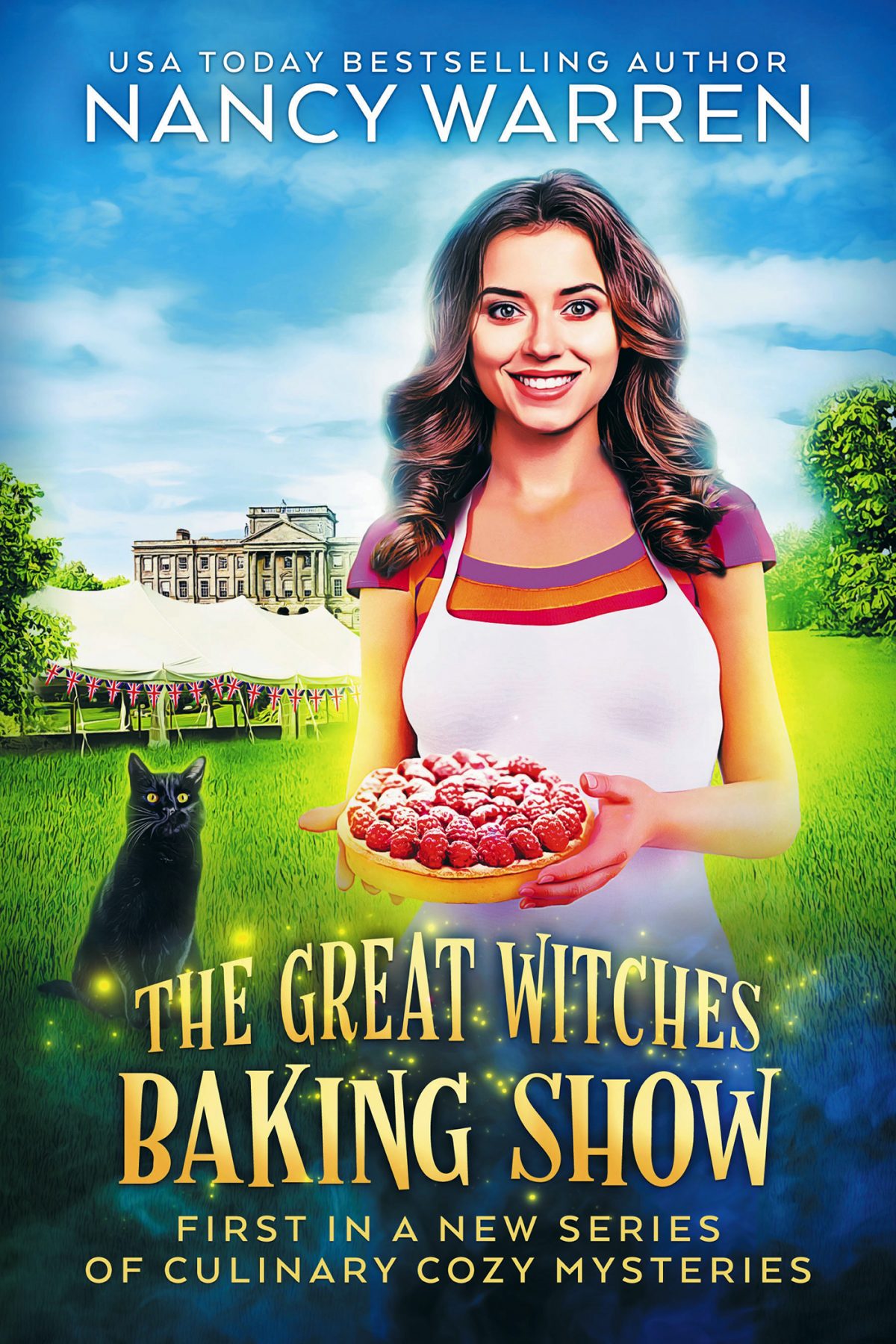 A baker with secrets… Witches in trouble… The cameras are rolling… On your marks, get set, die!

Poppy Wilkinson is thrilled to be chosen as a contestant on The Great British Baking Contest. As an American with English roots, winning the crown as Britain’s Best Baker would open doors she’s dreamed of. In more ways than one. Appearing on the reality show is her chance to get into Broomewode Hall and uncover the secrets of her past.

But strange things are happening on the show’s set: accusations of sabotage, a black cat that shadows Poppy, suspiciously unsociable residents at Broomewode Hall—and the judges can be real witches.

There are murmurs that Broomewode is an energy vortex. It certainly makes Poppy see and do things that aren’t exactly normal, and seems to draw interesting characters to the neighborhood.

When a fellow contestant dies in mysterious circumstances, Poppy has more to worry about than burned pies and cakes that won’t rise. There’s a murderer on the loose and it’s up to Poppy and her new friends to solve the crime before it becomes a real show-stopper.

This delicious series of cozy paranormal mysteries will have you guessing until the end. Includes recipes.