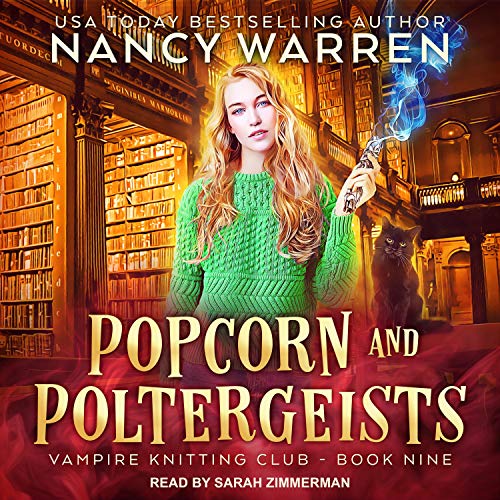 Is there a murderous poltergeist on the loose?

When an Oxford caretaker is killed by a fall down the library stairs and a professor is attacked, rumors fly that it's the work of a poltergeist who's been causing havoc at the college.

The prof is a knitter, and a customer at Lucy Swift's shop, Cardinal Woolsey's. But Lucy thinks a very human killer is shifting the blame onto a ghost who can't defend itself, and she's determined to trap the real killer and get justice for the dead man.

However, danger lurks at the college where old secrets and new crimes collide. Vampire and old book expert Rafe Crosyer has been called in to value the college's literary collection, and he witnesses firsthand how angry the ghost really is.

Furious enough to kill? Or is there something else the tantrum-throwing spirit is trying to tell them?

And will they decipher the message before it's too late?