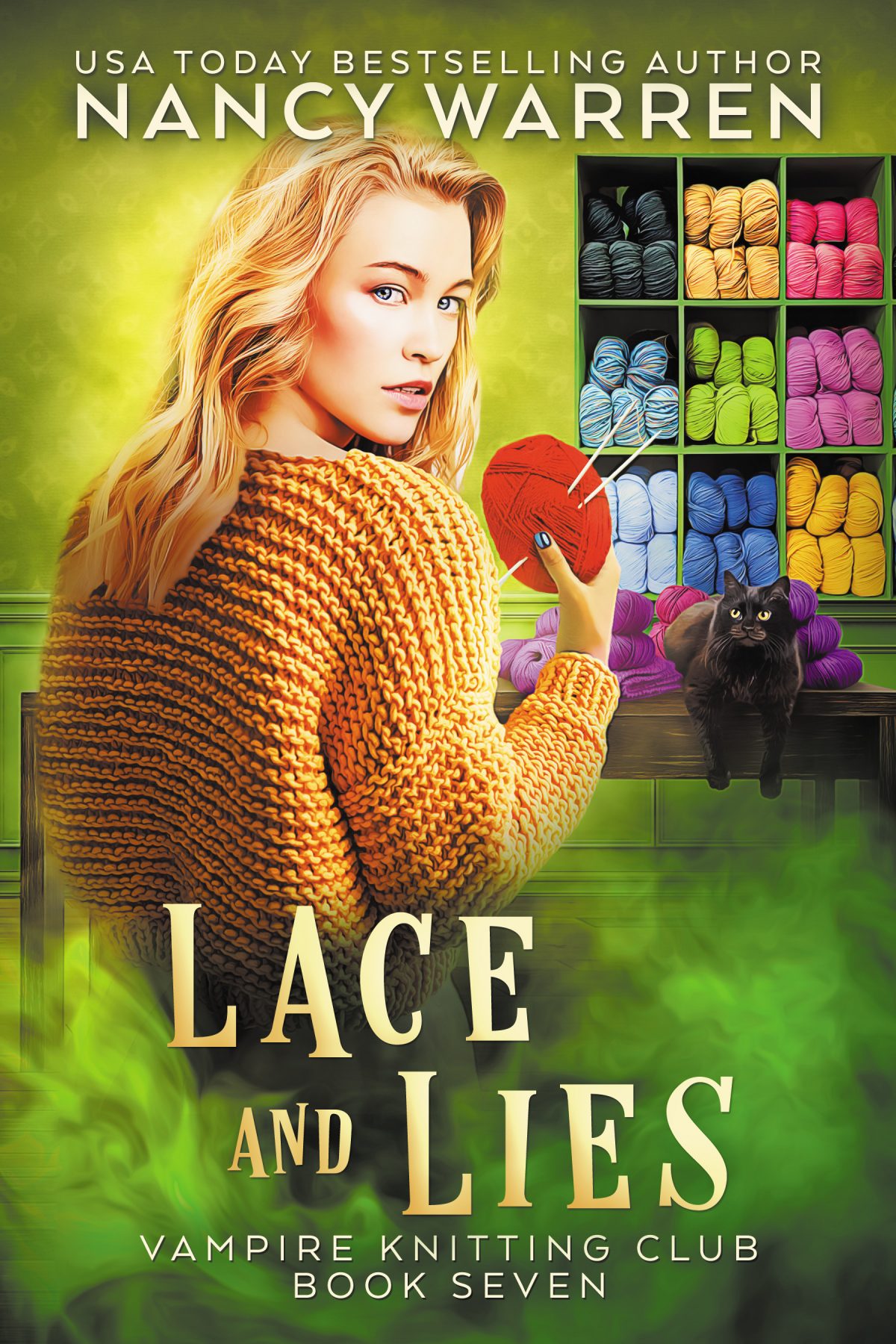 Cardinal Woolsey’s Yarn Shop has been chosen to appear on TV. Great publicity! Until a murder stops the cameras…

Celebrity knitting designer Teddy Lamont is coming to Cardinal Woolsey’s knitting and yarn shop in Oxford to run a special class that will be televised.

But from the first day things go wrong. One student is nothing but trouble on and off camera. When she winds up dead, the publicity Lucy was hoping for turns out to be the wrong kind.

Lucy and her band of undead amateur sleuths have to figure out who the killer is before her business winds up dead.

Book seven in the best-selling Vampire Knitting Club series can be read on its own, but it’s also fun to read the entire series. You’ll find quirky characters, genuine mysteries, a novice witch and vampires who love to knit, but no violence, gore or swearing. Just good, clean, (murderous) fun.