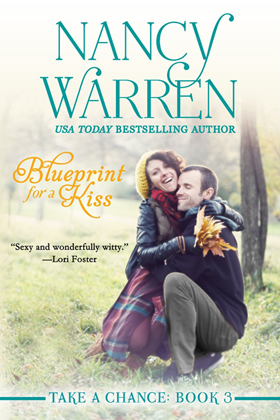 Blueprint for a Kiss (Take a Chance Series Book 3)

You can design a perfect life, then a woman comes along and messes it all up!

Prescott Chance is the go-to architect for the wealthy and famous, which has made him more wealthy and famous than he's ever wanted to be. He turns down more commissions than he accepts and is extremely private. Holly Legere is barely making ends meet between rent and student loans. As an assistant to Alistair Rupert, the notoriously difficult industrialist, she works night and day for slave wages, hanging on in hopes of a promised promotion in his huge organization. When Alistair Rupert's wife decides she wants a Prescott Chance designed house, and Prescott turns her down, it's Holly's job to make the choosy architect change his mind. And Holly is a very determined woman. In this modern romantic comedy, she'll go to any lengths to get him to design her boss a house, including pulling in his huge family for support. This is the third book in the Take a Chance series, though the books stand alone.