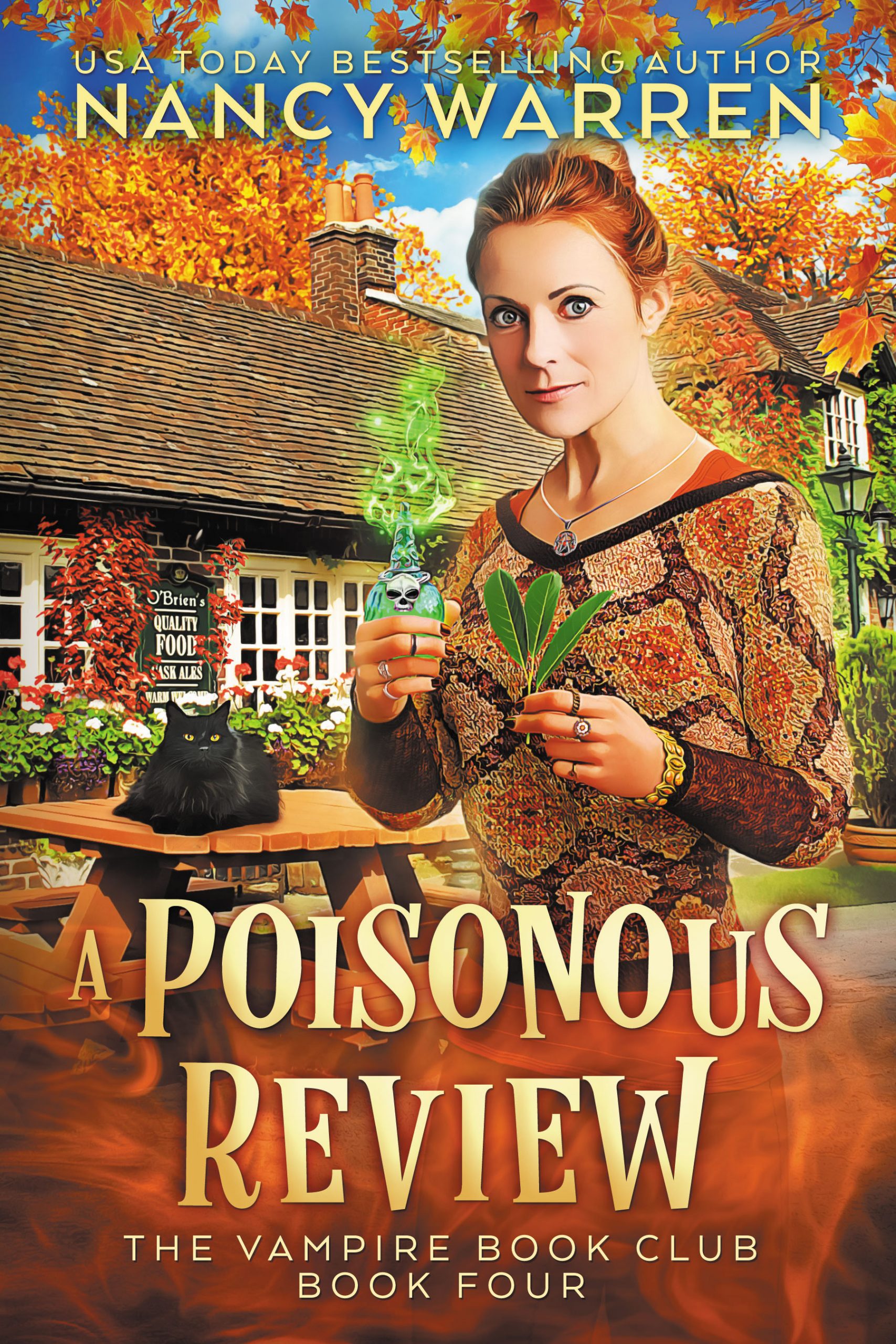 Too many cooks spoil the stew!

The Irish stew at O’Brien’s pub in Ballydehag is a Friday night favorite—until several people get sick and terrible reviews bubble to the surface on social media. Publican and chef Sean O’Grady is horrified, but when one of his customers dies after eating the stew, he realizes he has more than poisonous reviews to worry about. Was Sean the only one who added ingredients to the simmering pot—or does someone have a taste for murder?

Witch Quinn Callahan has her hands full with some new and disturbing residents of Ballydehag. The fortune-hunting Leprechauns aren’t as cute as her childhood cereal led her to imagine. And there are a couple of American visitors staying at the local B&B who look a lot like mobsters. Most important of all—can she find out who has been stirring the pot over at O’Brien’s?

This picture-perfect Irish village is hiding dark deeds, and it’s up to Quinn and her late-night Vampire Book Club to clear Sean O’Grady’s name before someone decides that death needs a second helping.